Cycling is an Up and Coming Sport in Nigeria

Cycling first started off as a sport in Nigeria back in 1972, and it has come on in leaps and bounds since then. Before it became a sport, cycling was just used as a means to relax and keep fit. Cycling is an expensive sport in Nigeria as the bikes and other equipment that is needed has to be shipped in from Europe, Asia, and America. The costs involved makes it hard for many Nigerians to become professional cyclists.

Nigeria’s first cycling club was the “Armstrong Cycling Club”, which was created in 1956 in LAgos. Pa Sobayo was the founder of the club, while other prominent members included Chief Kunle Oyero, Rev. Father Slattery, and Prince T. O. Alade. Six years later, a group of young men by the names of S. S. Bassey, J. J. Umoh, and U.U Samuel joined the club, and Nigeria’s first modern cycling race took part later that year. The race is believed to have been 20 miles long, and it was won by J. J. Umoh.

In 2019, the very first Africa Cup Track Cycling event took place, and Nigeria showed that they are the best cycling nation on the continent. Over the course of the event, the Nigerian cycling team picked up 8 gold medals, 10 silver medals, and three bronze medals to finish at the top of the medal table by some distance. To give you an idea as to how far ahead of the rest of the competition they finished, Egypt came in second with three golds, one silver, and three bronze medals. 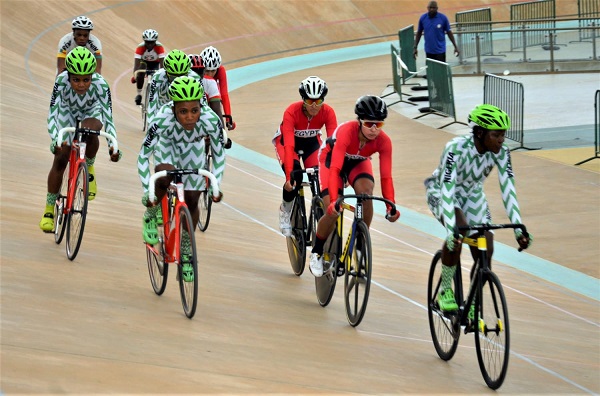 Tombrapa Gladys Grikpa, born 1993, is one of Nigeria’s most successful cyclists. She competes on both road and track and had her first bit of success back in 2o13, when she picked up silver in the African Championships for the team time trial. She then competed at the African games in 2015 and won a gold and a silver medal. The gold came in the team time trial, while the silver came in the road race. She then took a break from racing for a few years, but she competed at the African Championships in 2019, where she won the silver medal in the sprint and the bronze medals in the 500m time trial and the Keirin - these were the only medals Nigeria got.

Mary Samuel is another talented Nigerian cyclist. She showed her talent while cycling at the 2019 African Women Track Championship as she secured gold in the Junior Point Race, silver in the individual pursuit, and silver in the Women Junior Sprint.

Betting on Cycling in Nigeria

Betting on cycling in Nigeria is increasing in popularity, especially as the country continues to have success in the cycling world. Popular bets for Nigerian cycling betting fans include the race winner, stage winner, and head-to-head. With the head-to-head bet, bettors need to select two riders and say which one will finish higher come the end of a particular stage or race. There is also the option of betting on King of the Mountains, which is where you try and predict the rider that will perform the best in the mountainous terrain.